This Is The Loudspeaker

The M&K Sound 150 family of loudspeakers currently in use around the world in countless professional and domestic installations is the product of decades of evolutionary development that have made M&K Sound one of the most respected names in pro and consumer audio.

In all its many configuration options variations, passive monitor, on-wall, in-wall and the legendary pro powered monitor version with built-in Class A/B amplification, one thing remains constant: the M&K Sound 150 line-up is universally acclaimed and praised, not for sleek lines, fancy wood finish options or avant-garde styling, but for the only thing that really matters: reliability under the most extreme conditions and pure, natural sound quality that allows the user to listen for hours on end with no hint of fatigue.

Without coloration or over-emphasis on any musical element, the 150 family strikes the perfect balance between the rendering of micro- detail , timbre, tonal subtleties, timing and precision on one hand and the overall big picture of the musical event with full three-dimensional body, weight and emotional impact fully intact. 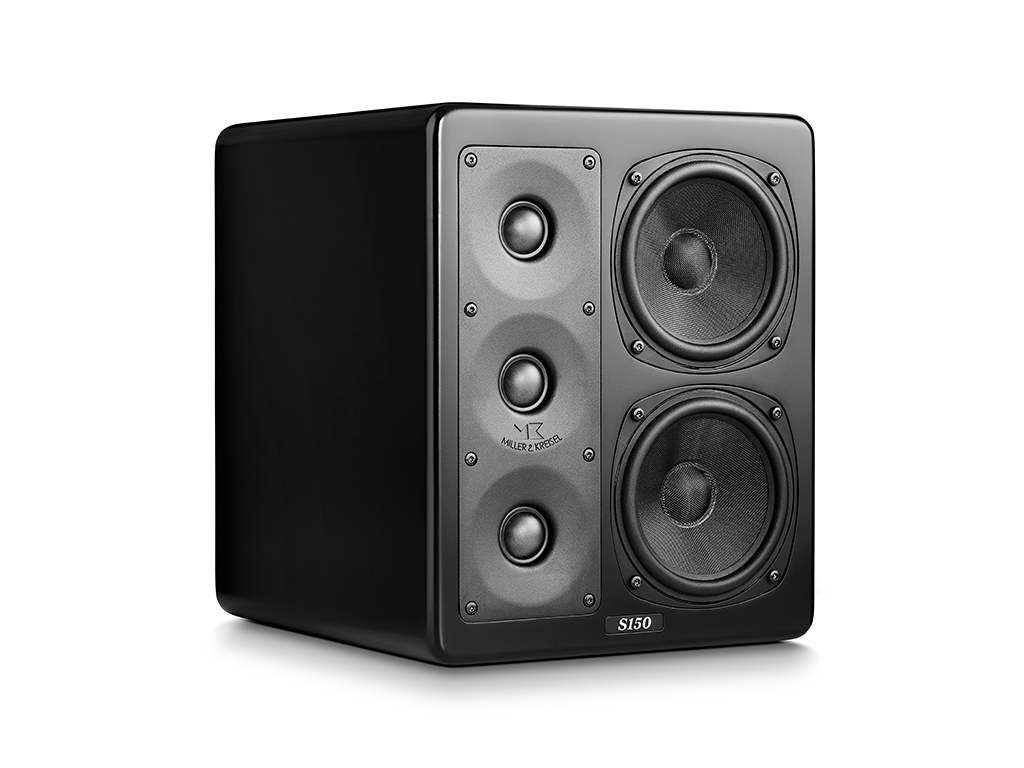 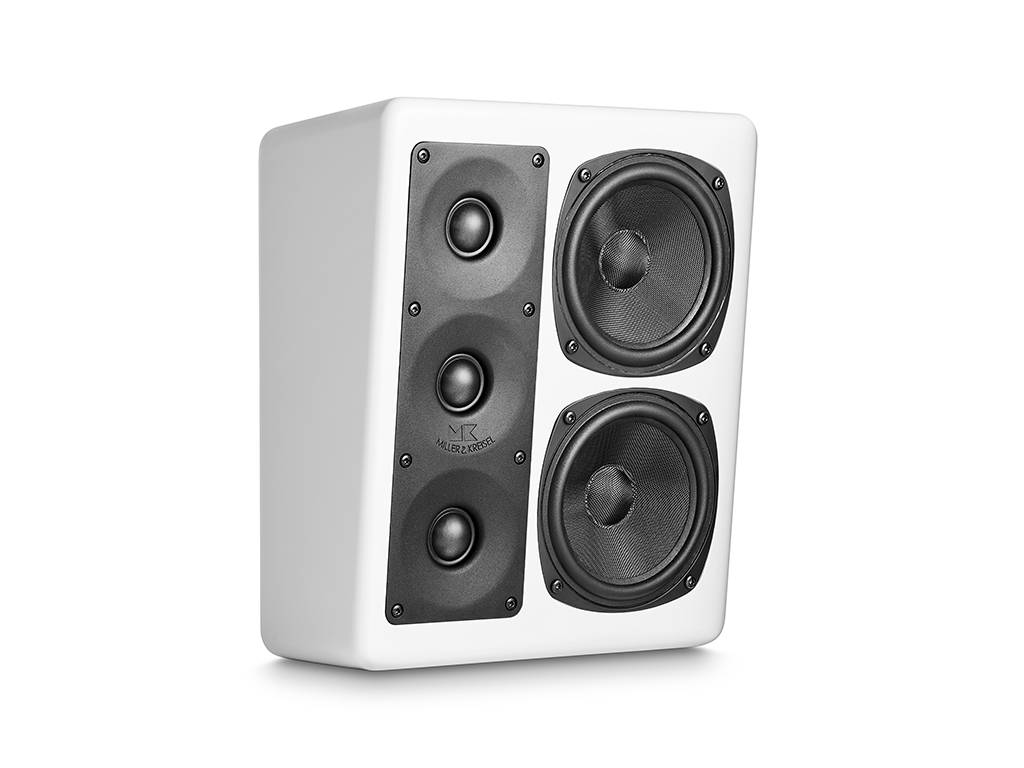 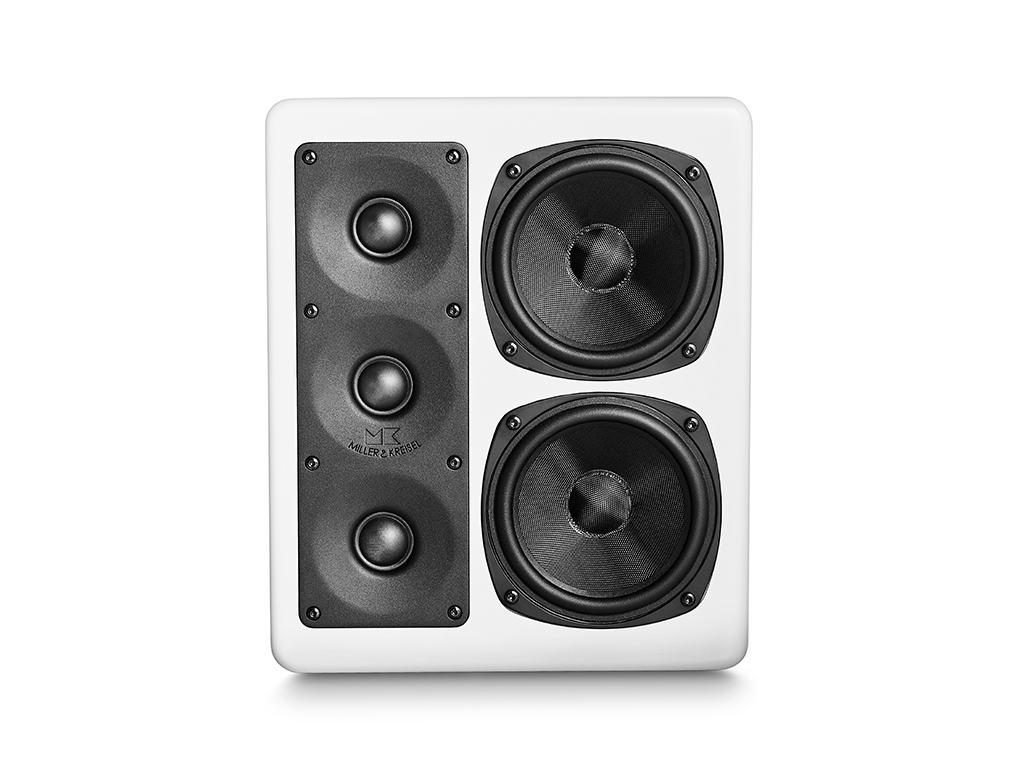 This is THE loudspeaker…

This is the loudspeaker chosen for the first public demonstrations of the Blu-ray disc format.

This is the loudspeaker chosen to create the very first Dolby EX 6.1 channel soundtrack.

This is the loudspeaker chosen to create Blu-ray and DVD masters for Sony, MGM, TriStar, Columbia and many others.

This is the loudspeaker chosen to record the complete Carl Nielsen symphonies with the New York Philharmonic Orchestra.

This is the loudspeaker chosen for sound design for Star Wars Phantom Menace, Attack of the Clones and Revenge of the Sith.

This is the loudspeaker chosen to restore and remaster such film classics as Gone with the Wind and The Wizard of Oz.

This is the loudspeaker that is available in the format of your choice: passive standmount (S150 MKII THX Ultra2), active stand-mount (MPS2510P), wall-mount (MP150) or in-wall/in-ceiling (IW150).

This is THE loudspeaker!

The 150 concept can be summed up as the symbiosis of specially designed drivers operating in parallel arrays and integrated with a dedicated crossover network to achieve an extraordinarily low crossover point. Phase shift between the triple tweeter array and mid/woofer section is minimized, eliminating the temporal smearing in the midband range that afflicts most conventional systems, causing them to lose focus and transparency.

The MK Sound 150 configuration of triple stacked tweeters alongside dual woofers is a distinctly different and instantly recognizable layout that offers considerable performance and placement benefits.

This array offers wide horizontal dispersion with slightly narrower dispersion in the vertical plane, thereby minimizing reflected sound. Unlike conventional loudspeakers, where the direct sound is obscured by a dense smear of intrusive room reflections, MK Sound 150 models allow the listener to experience much more of the original recorded space, with all the subtle room cues and ambient sounds that contribute to a credible you-are-there illusion.

Because the mid/woofer sections’ contribution to the overall sound is generated entirely by the drivers operating well with their purely pistonic range, measured response exhibits ideal linear behavior, uncolored by cone break up or off-axis response deviations. Altogether, this means higher system efficiency and the capability to play louder without strain or break-up

In the groundbreaking 150 triple tweeter array, the top end is handled by a trio of specially
designed high frequency transducers driven together to operate effectively as a single, compact high frequency generator.

Because the stacked triple tweeters improve power handling by distributing energy among three individual drivers at the same time, the multielement configuration also makes possible a lower crossover point than is found in most conventional systems.

In traditional systems, restricted high frequency power handling demands the use of much higher crossover points than 2.5 KHz to reduce the load on the tweeter. Consequently, the crossover point occurs in the critical mid frequency range which must be reproduced by both a mid/woofer and a tweeter in combination, with undesirable side effects such as phase issues and timing problems that compromise the integrity of the midrange.

And, unfortunately, studies have shown that the critical 2.5 – 3 kHz midband range is the area in which human hearing is most sensitive to sonic deviations and aberrations.

Because we expanded our design mandate far beyond mere flat frequency response (although the 150 range remains flat to within +/-2 dB (average) across the full audio band at typical listening distances), the 150 driver configuration eliminates these issues entirely. Because three tweeters can handle more power than one, the crossover point can be substantially lower at 1.5 kHz, resulting in a smooth, undetectable transition between woofers and tweeters.

The clearly audible result in every MK Sound monitor is optimal timing between high and low
frequencies and minimal acoustic phase shift (time delay) for accurate rendering of detail with
exceptional transient speed.

MK Sound 150 systems present an almost purely resistive load to the power amplifier with a minimum impedance rated at 4 Ohm for fine results with any quality power amplifier.

“I Fell in Love With The Sound of MK Loudspeakers”

Most other surround systems are forced to compromise and use a smaller, horizontally mounted center channel loudspeaker, simply because their main monitors are too large to fit beneath a screen. The resulting changes in driver size and configuration in a desperate attempt to approximate symmetrical dispersion from a cigar box compromise ultimate system performance.

The Shortest Path – Direct to You

The carefully calculated third and second order crossover networks employed in the 150 range ensure a seamless, virtually one-way integration of the parallel driver stacks. Designed for the shortest possible signal path and minimal loss, the crossover is based on select, precision components, including large metalized poly capacitors with production tolerances as low as 5%.

MK Sound’s exclusive Phase-Focused™ crossover ensures even, consistent sound coverage throughout the listening area, for both centrally seated listeners and those placed off to the side. Wide horizontal dispersion means a much larger “sweet spot” and the carefully controlled vertical radiation pattern minimizes reflections from floors and ceilings for ultra-sharp imaging. The implementation of robust, meticulously designed and assembled components provides constant parameters and consistent performance under the most stressful dynamic conditions and temperature fluctuations.

This is just one aspect of the sophisticated science brought to bear in the development and construction of the 150 loudspeaker series. No magic, no snake oil, just the conscientious application of decades of acquired knowledge, expertise and experience. 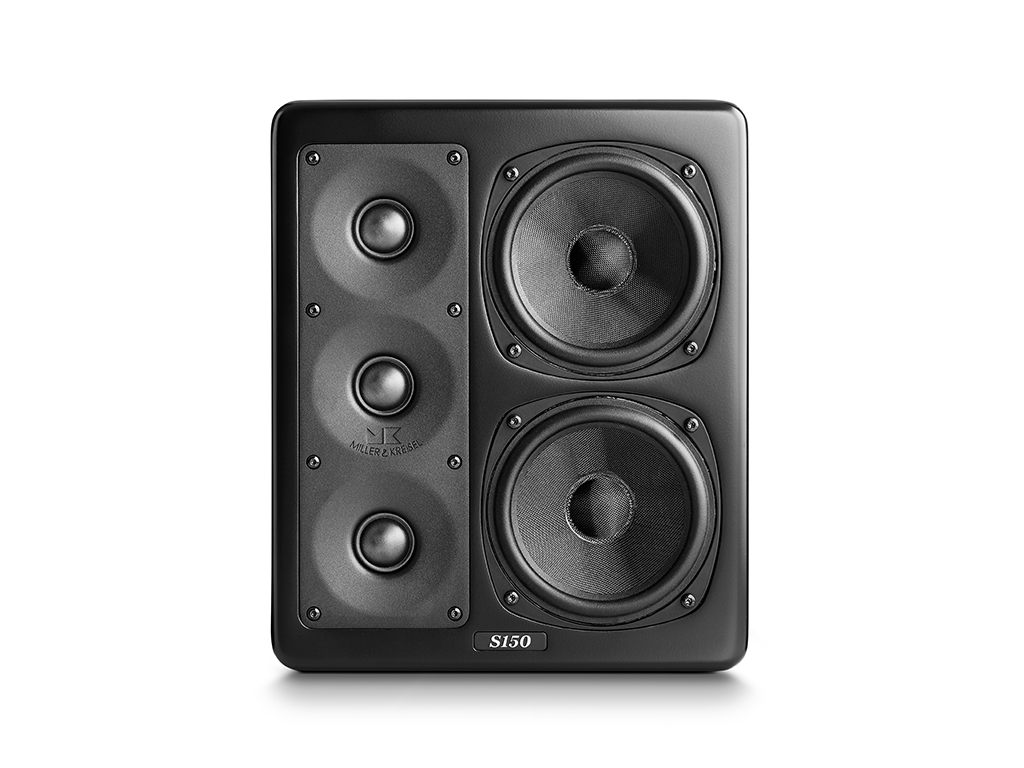 Placing the drivers side by side in close proximity reduces cabinet size significantly for enhanced structural integrity at no sacrifice in performance. Because all drivers are close to the edge of the baffle, diffraction phenomena are virtually eliminated.